As we stay indoors during uncertain times, we’re staying connected with each other and the stories and authors who inspire us. BOOKS CONNECT US brings you brand new conversations with some of your favorite authors. 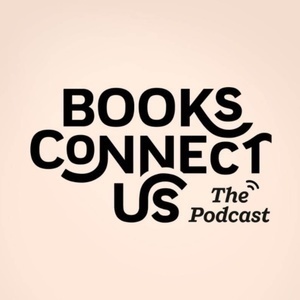 Joining him is Allison Dobson, who is President of the Penguin Publishing Group and oversees Penguin’s adult publishing business in the U.S. Prior to her time in publishing, Allison spent several years on Capitol Hill and on political campaigns. And now let's join Allison Dobson in conversation with author Jonathan Karl.

Included in this episode is an excerpt from the audiobook, courtesy of Penguin Random House Audio.

Praise for FRONT ROW AT THE TRUMP SHOW:

“No reporter has covered Donald Trump longer and with more energy than Jonathan Karl. It pays off in his account of what he calls the Trump Show with some startling scoops. What did the president scrawl across the rejected resignation letter from his attorney general? He tells us.”—Susan Page, Washington Bureau chief, USA TODAY

“Jon Karl is fierce, fearless and fair. From cub reporter at the NY Post to Chief WH Correspondent for ABC News, he’s covered Donald Trump—and the White House—for a generation. He knows the man, and the office. Front Row at the Trump Show takes us inside the daily challenge of truthful reporting on the Trump WH, revealing what’s at stake with vivid detail and deep insights.”—George Stephanopoulos

“Jonathan Karl is a straight shooting, fair minded, and hardworking professional so it’s no surprise he’s produced a book historians will relish. It’s about good old fashioned news getting—about the process and the rules and how it works. Overlaying it is this most amazing moment in American political history. Underlying it is a story about waking up each morning and trying against the odds to find out what’s true.”—Peggy Noonan, The Wall Street Journal